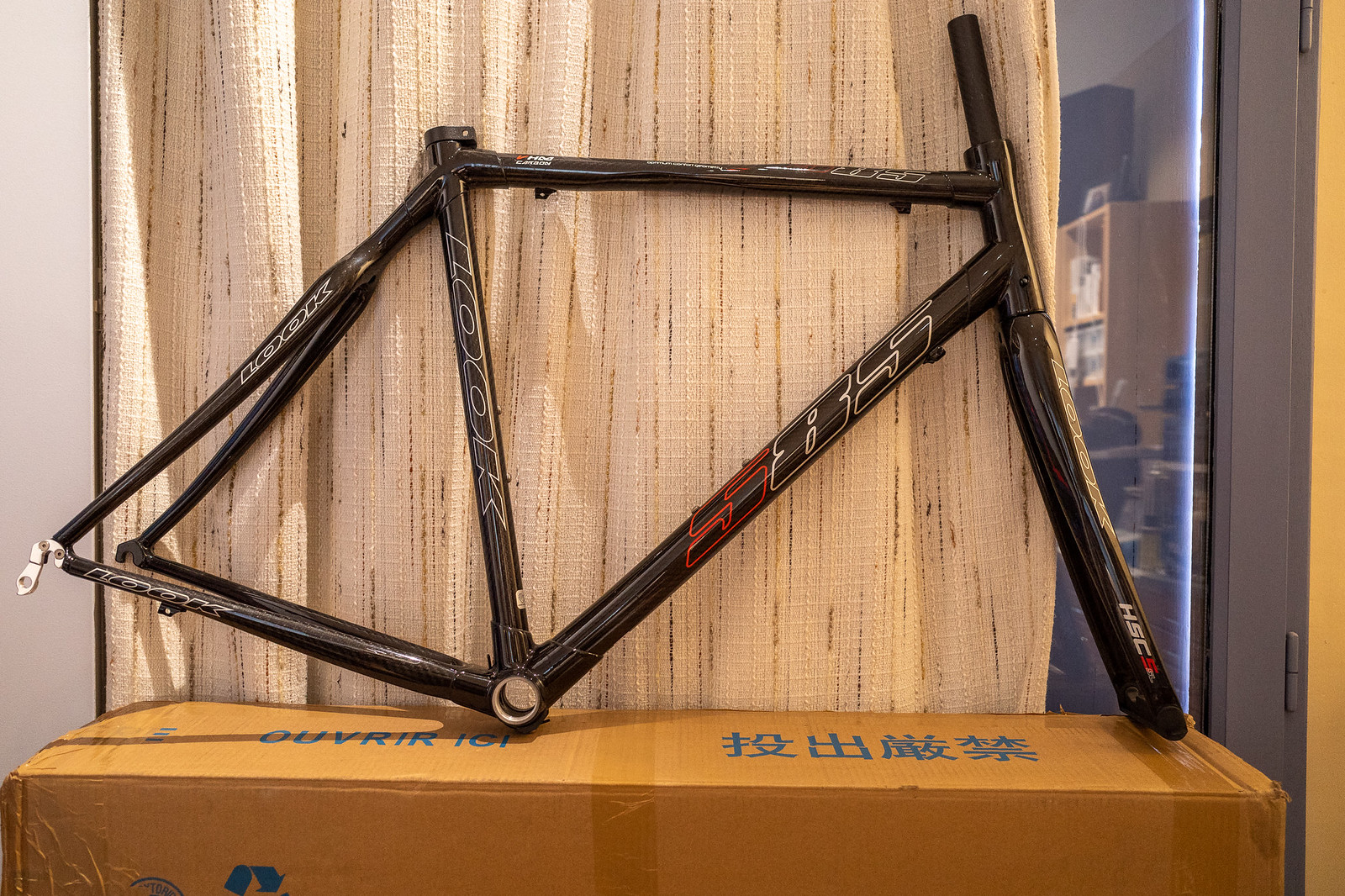 Bought this frame over the summer 2020. Built it up with Campagnolo drivetrain and brakes. Ritchey handlebars and stem. Fizik saddle and seat-post. Using an old pair of wheels for now. Mavic Open Pro rims. Campagnolo record hubs. 32 spokes front and back. They are old but still solid. 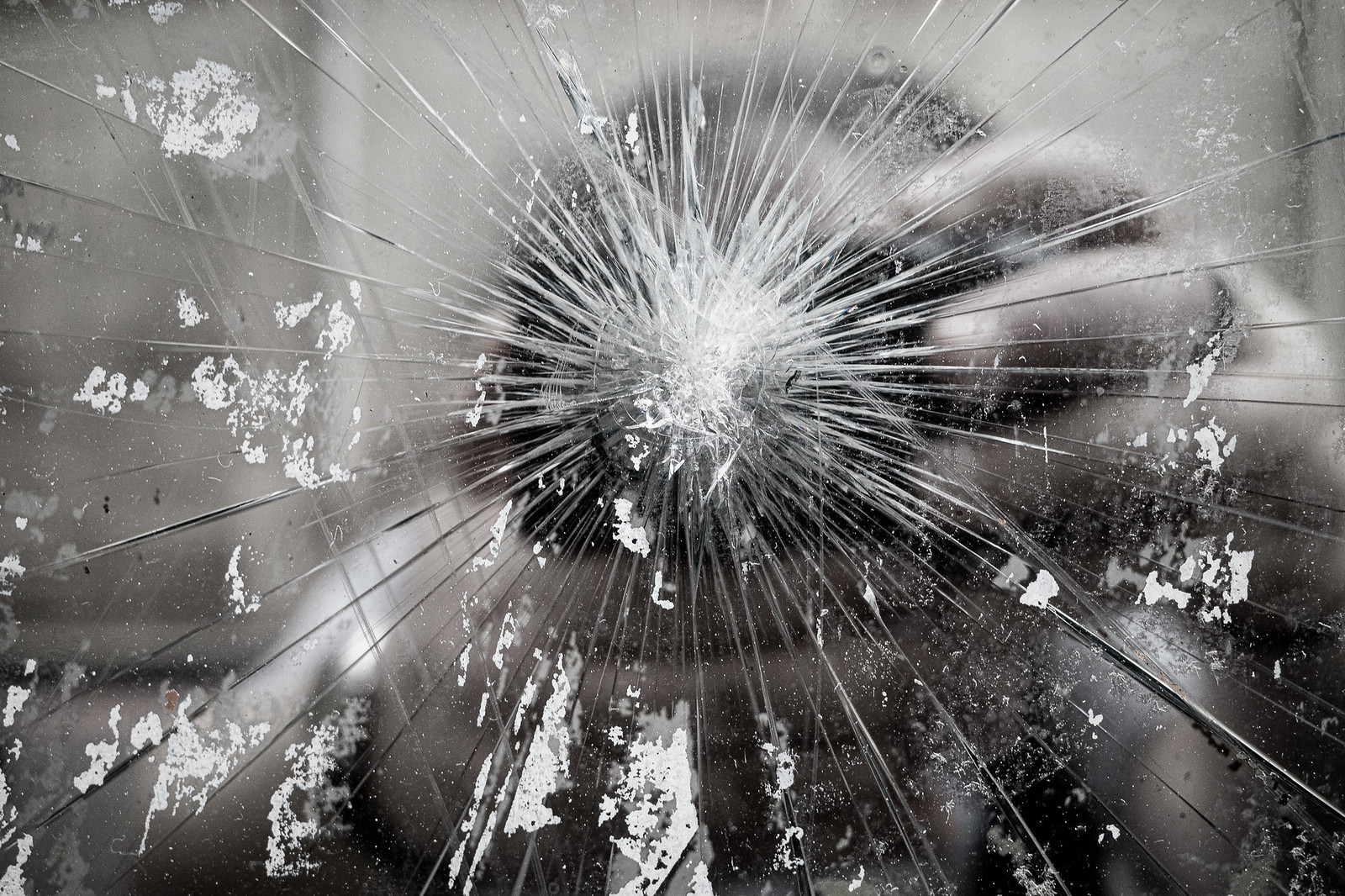 Broken glass windows all up and down these streets. Some days everything seems broken.

This was taken on the last visit when things, my parents health, was still ok. They were having their problems, but seemed to be managing the day to day. This was 7 months before my dad passed away. Around 2 July mother called about dad being in hospital. His doctor worked on him through the night. Told me my father had several cardiac arrests. Told me he’s a strong guy. He was surprised he survived. After 3 weeks in intensive care he passed away. Beginning of March 2014 mother had by-pass surgery. She was never the same after that. Hardly knew where she was. Living in fear. Living scared. Dementia. They are both gone now. Things have changed.

After a good dinner, and a glass of malbec, I’d sit by the pool and take some photos. Some nights I just sat there, star gazing while the warm humid night air enveloped me like a blanket during the warmer months. From around November to March it was nice and cool, almost cold some nights so I’d need a light jacket or vest. Most nights, eventually, I fell asleep.

Waiting on the domain for this new site to become active. Dot com. Imported all the posts and images from my old site. Here, there will be a lot less work for me. Less upkeep for the site. I’ll just be shooting photos and posting and maybe small, easy changes to the design when i want. Life is short. Too short to be wasting my time on tedious stuff in this sixth decade for me on sweet planet earth. 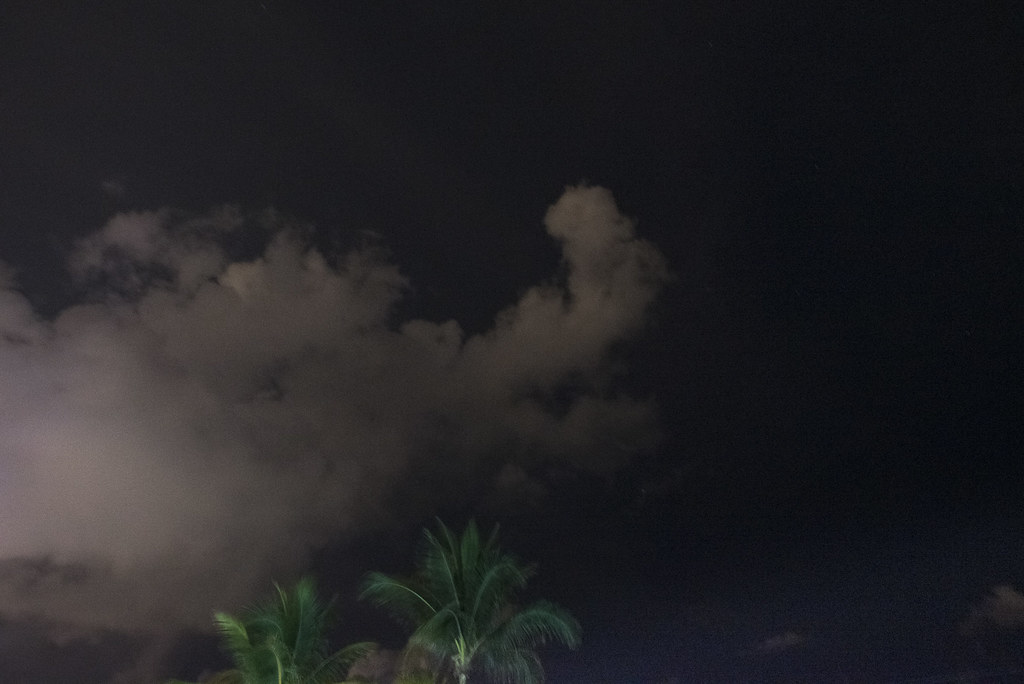 Mother was fading in Miami. 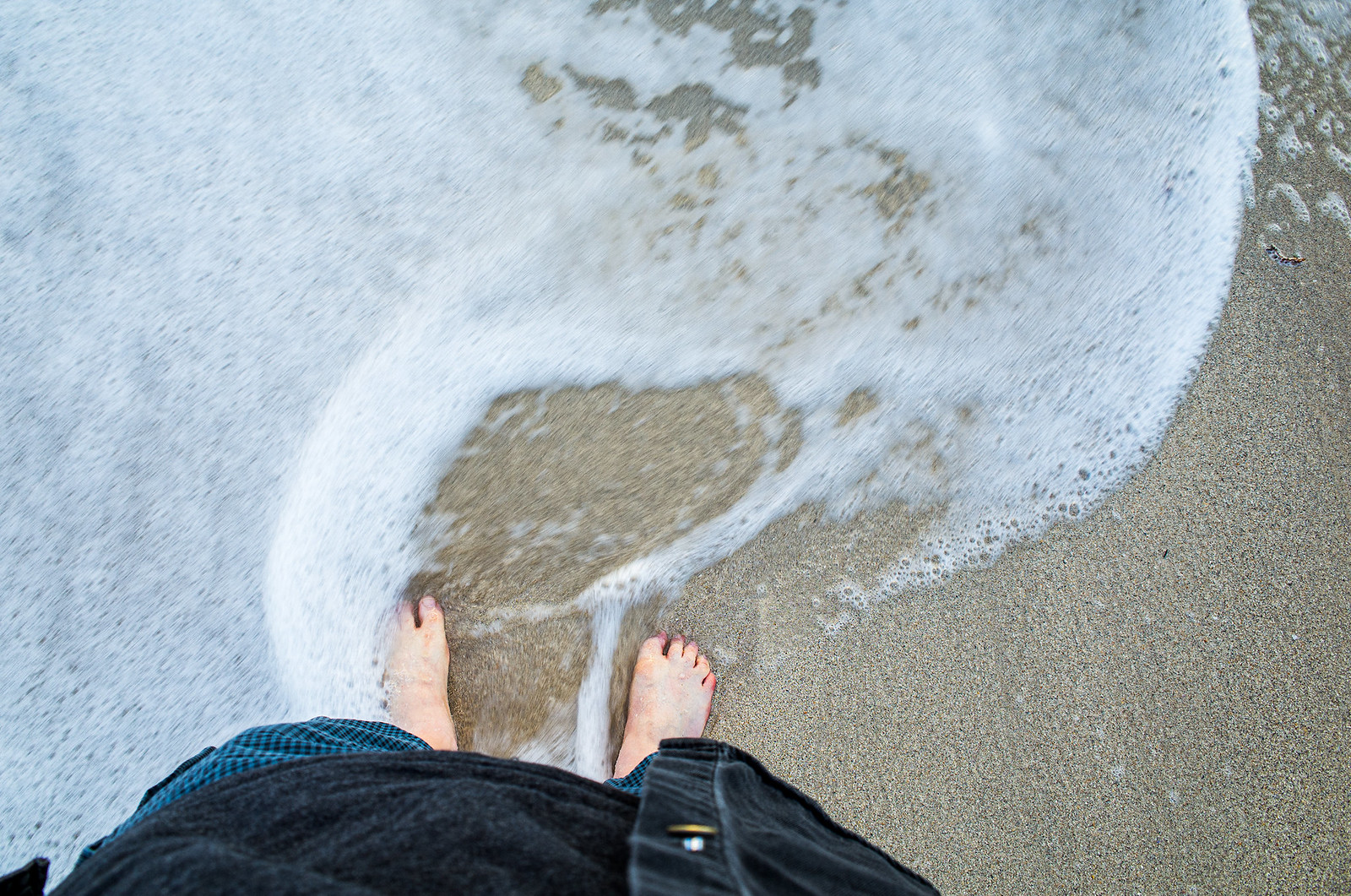 This small comfort, pleasure, the ocean caressing my feet, toes curled into the sand, about 18 months after my father passed. Mourning. Respect. It took a long time. I don’t know what getting back to ‘normal’ means anymore. 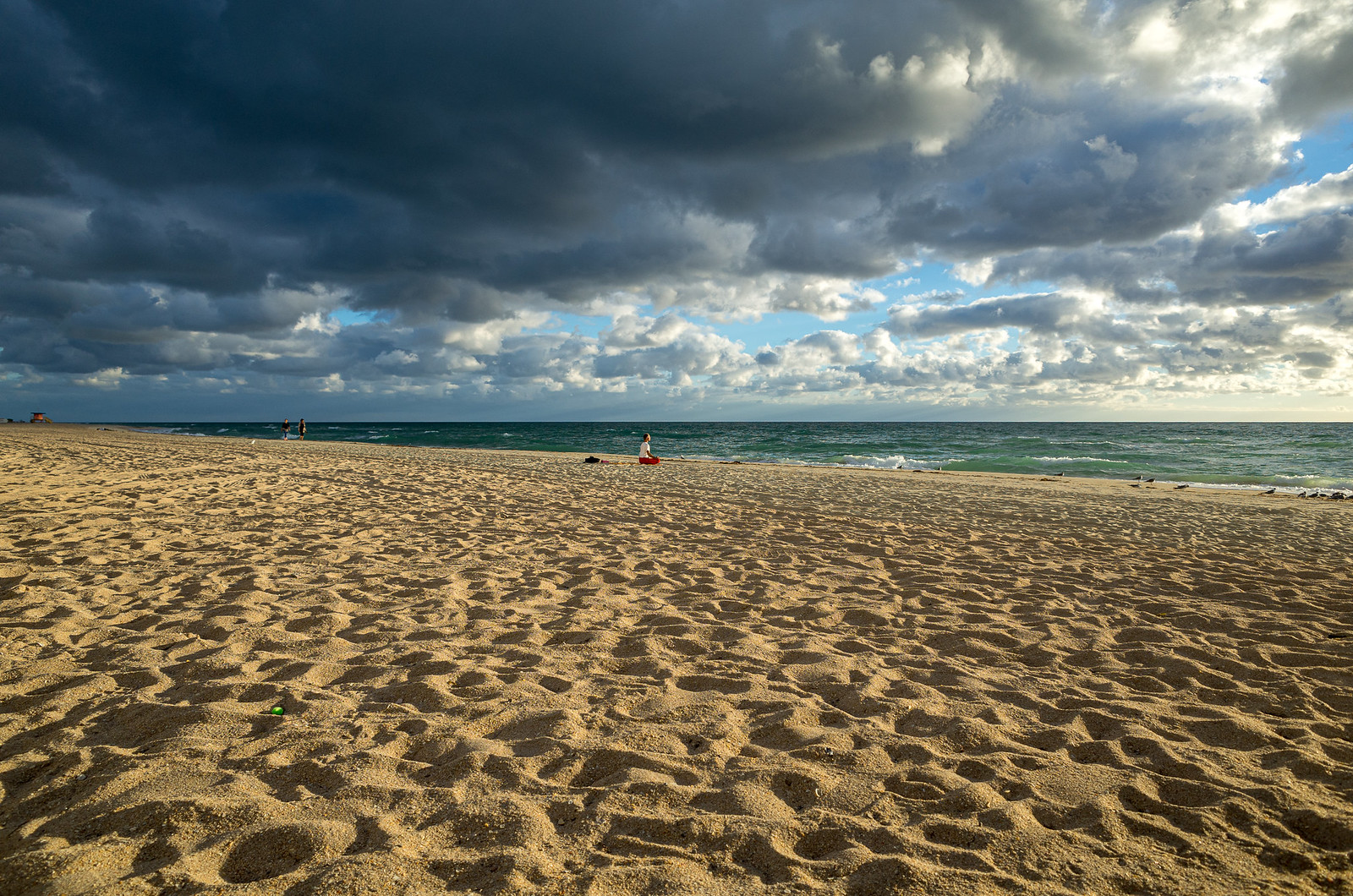 A few days into this visit it became clear. Mother could no longer live on her own. The dementia was bad. She hardly knew where she was. 11 April 2016 my sister and I moved her into assisted living. It was a stressful time. But we did what we thought best for her. 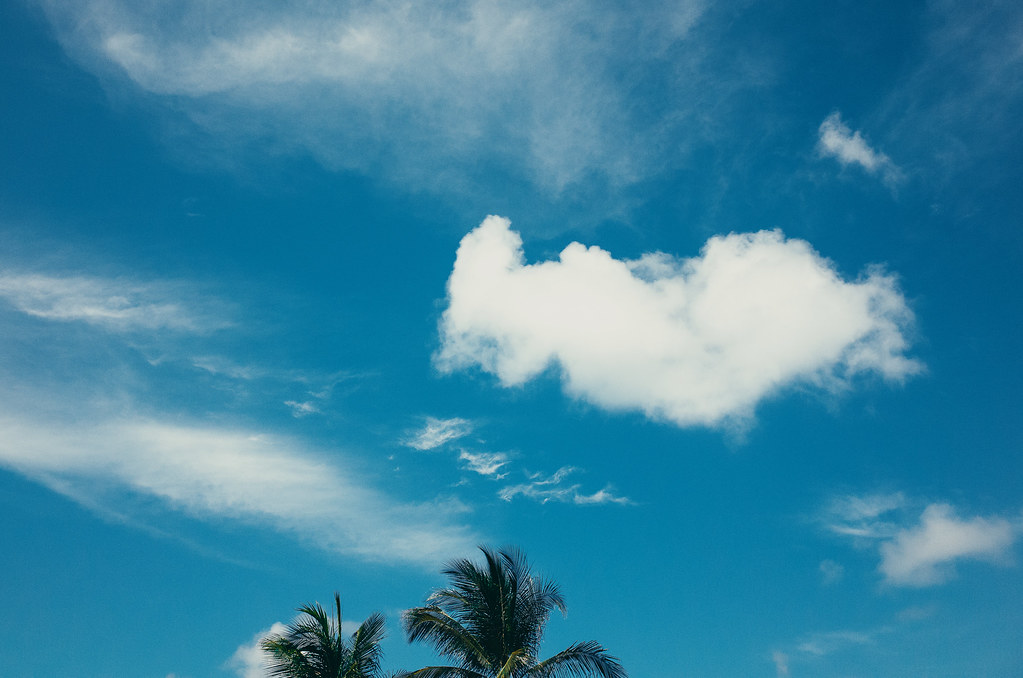 Mother sinking fast into dementia. Sister and I taking care of the bank, lawyer, bills, apartment, and lastly, in April of 2016 moving mother to assisted living. 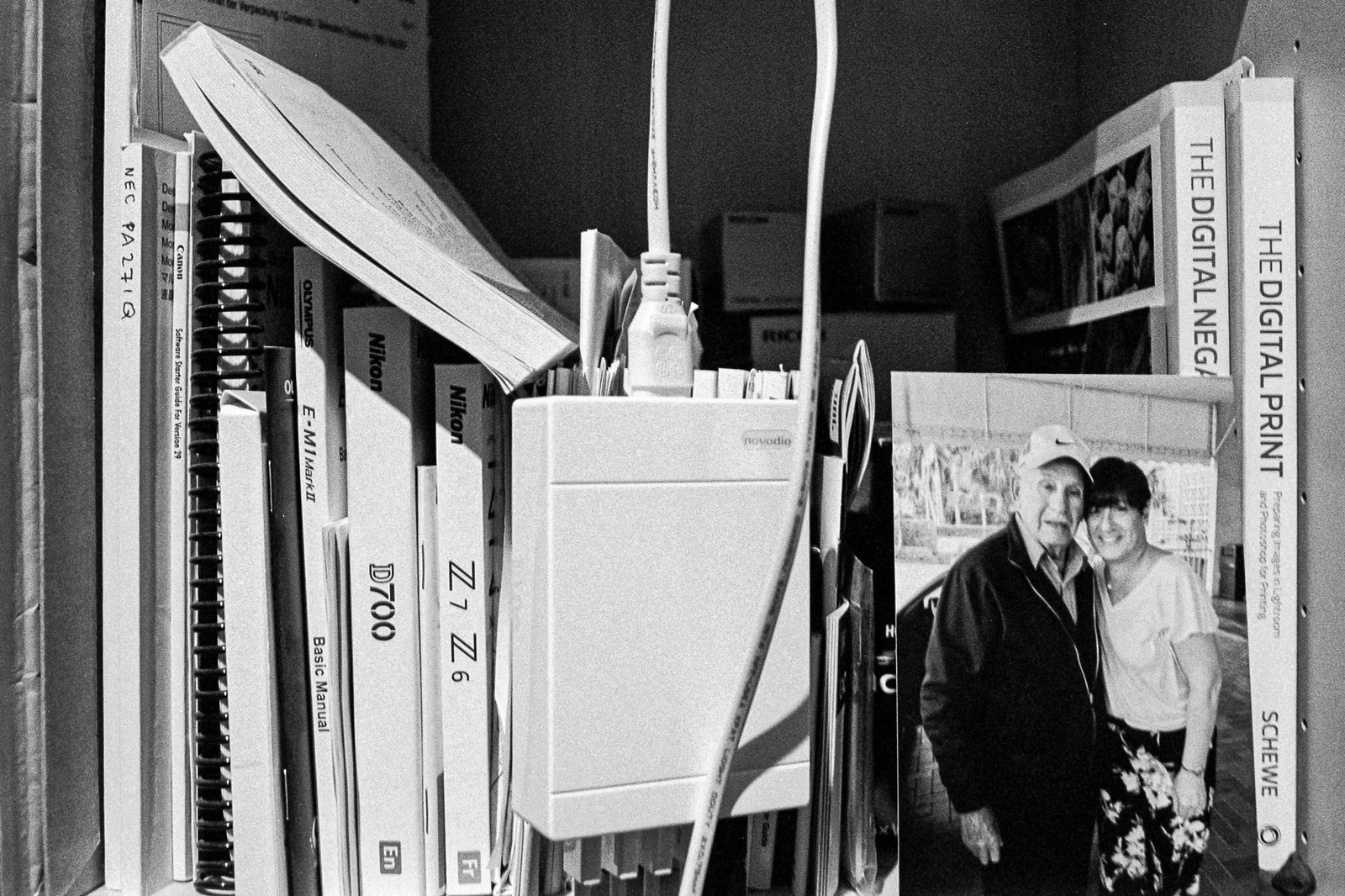 I think the photo within this photo was taken in November or December of 2017, Miami Beach Florida. 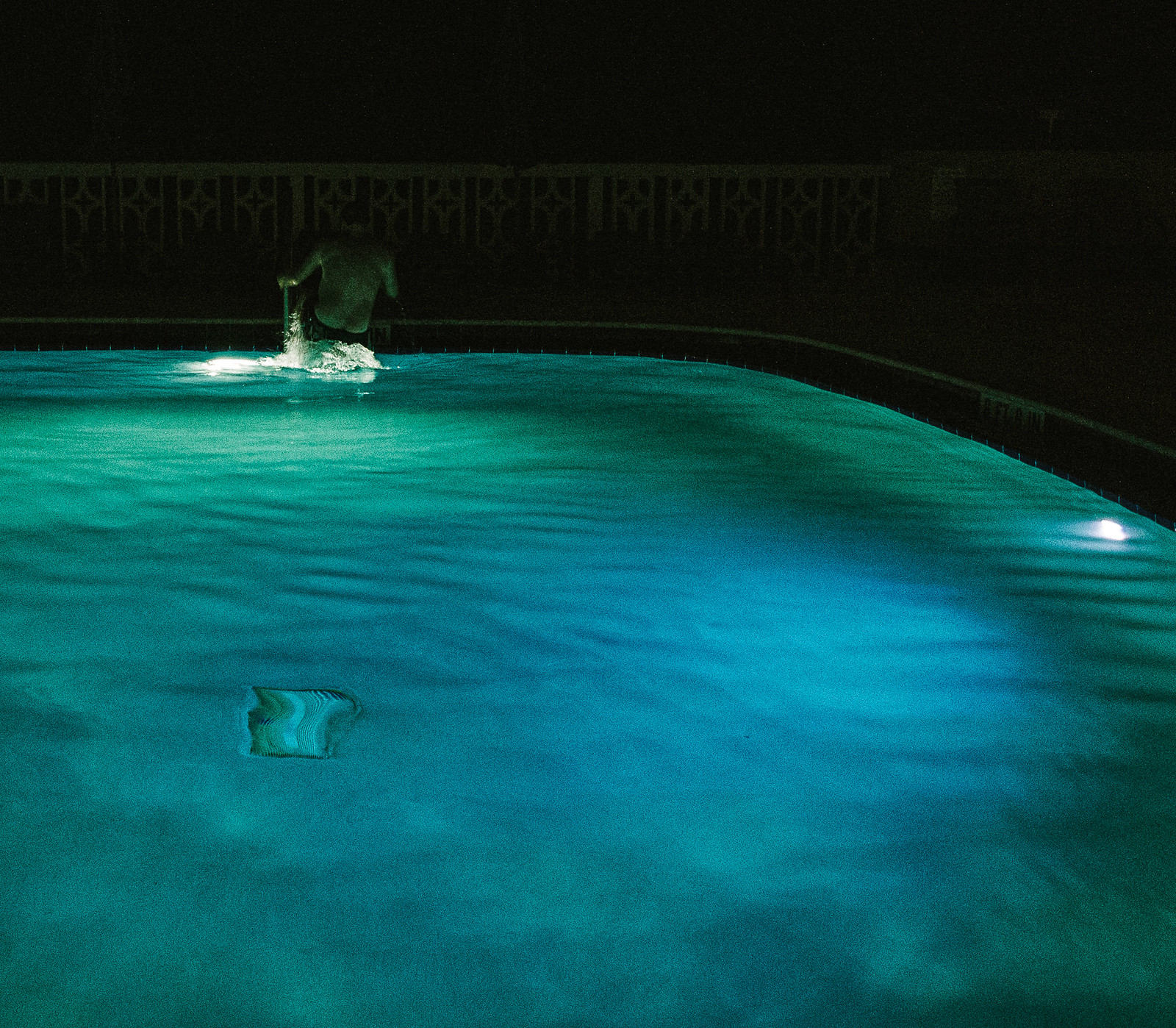 I was always tempted to join these people swimming in the pool late at night. A lot of my night shots were after 9pm. But I more often wanted to watch. Take photos. I saved my swims for early morning. Break of day stuff. 6:30am. An hour. Then sitting in the sun for a bit to dry off. 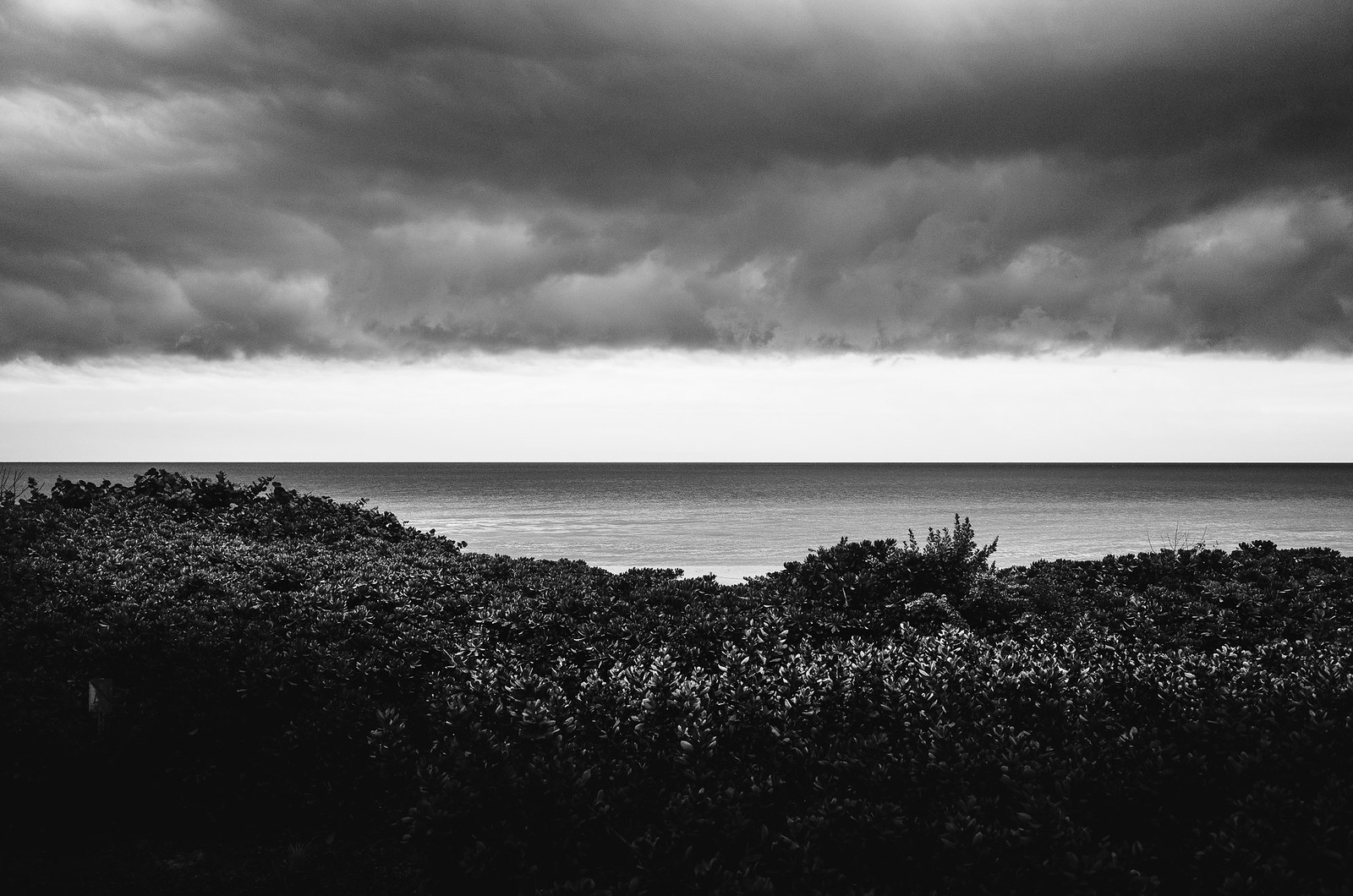 Social Interaction : Waiting for Their Trains 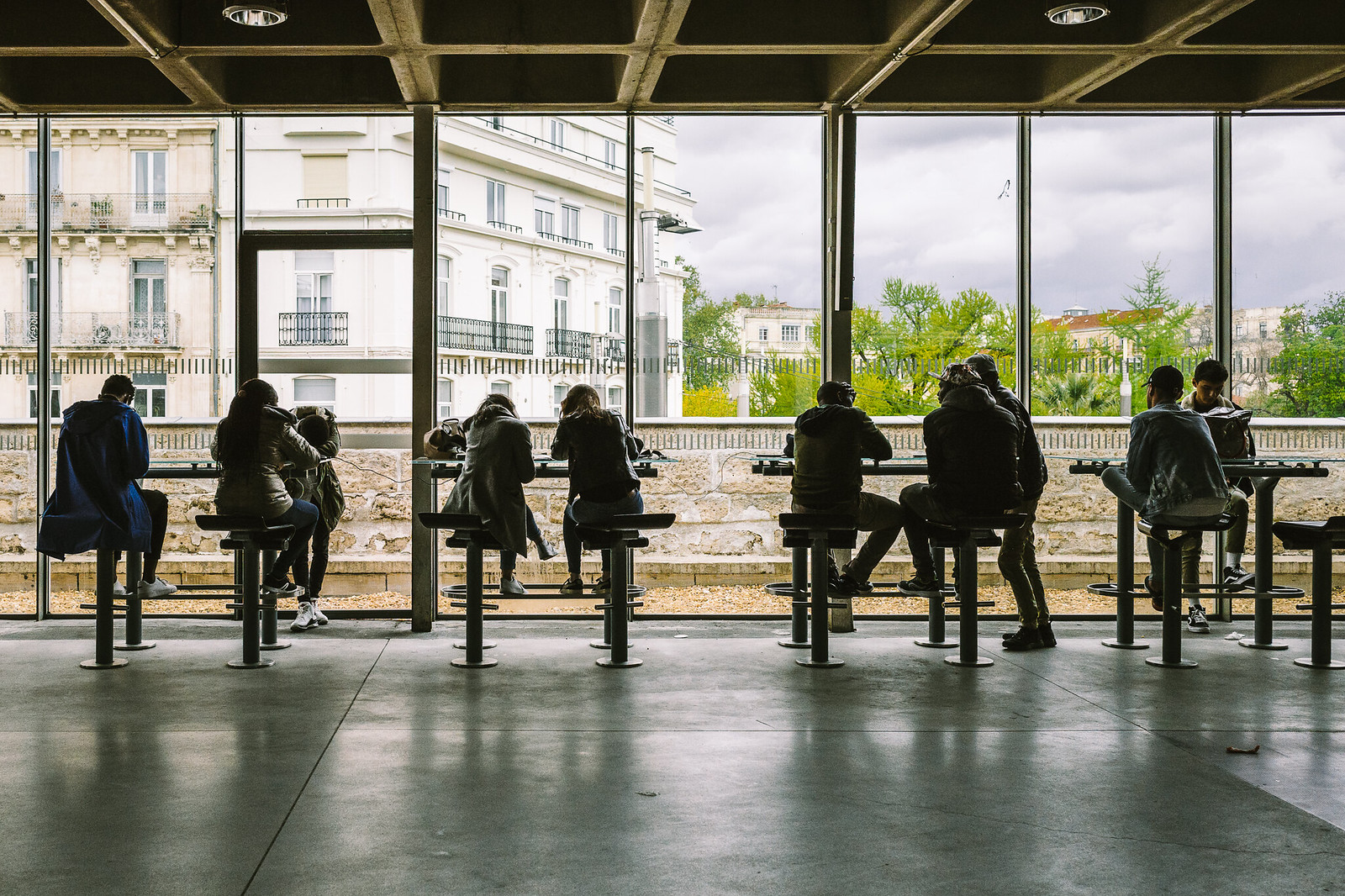 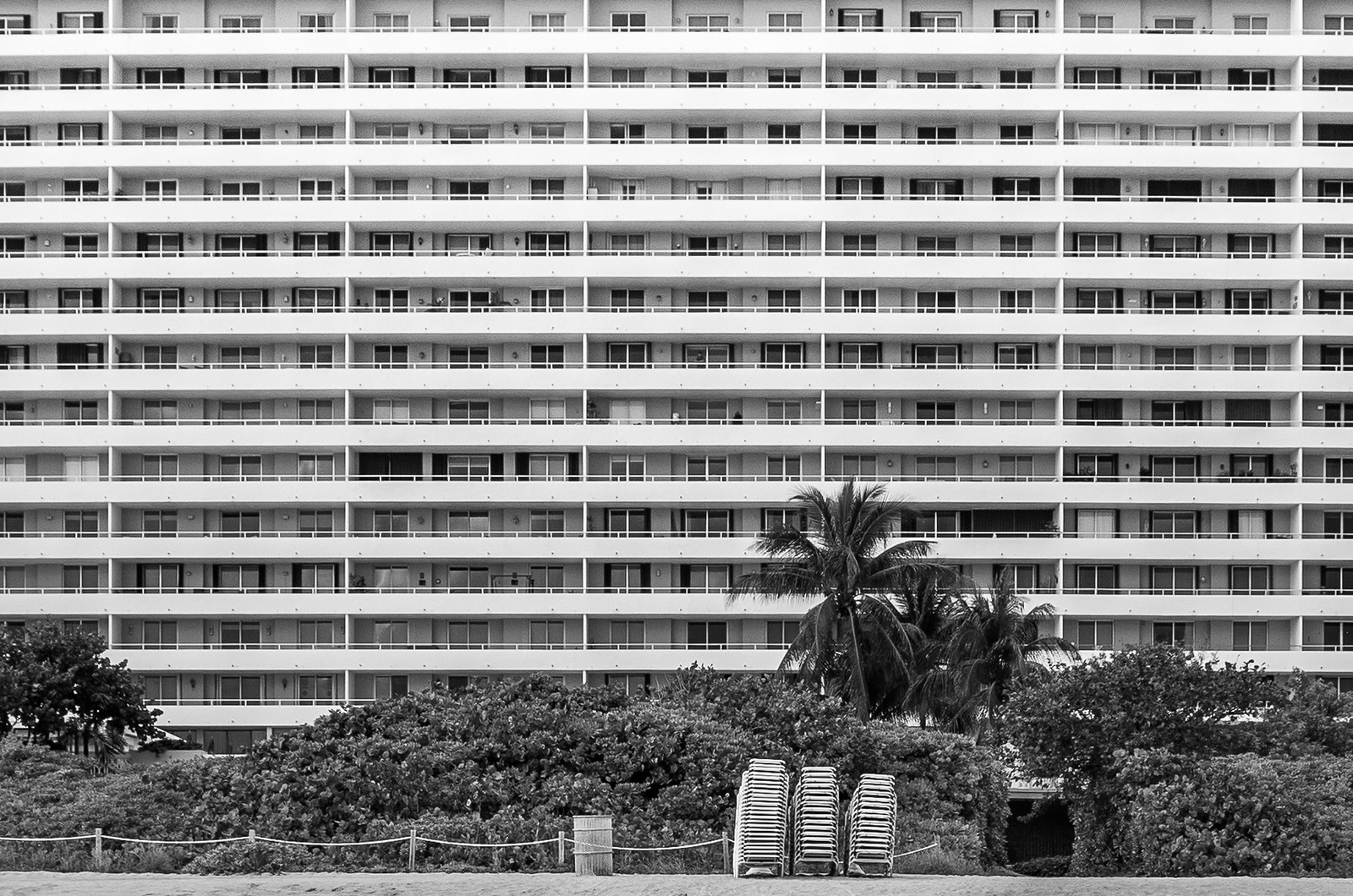 This was the back of the building my parents lived in for about 25 Years. It faces the ocean and the sand and the people strolling the beach each day and swimming and sitting in the sun tanning. Mother and father gone now. Apartment sold to aid with mother’s care. She suffered from dementia. I hope she is at peace now. She was living a tortured life. 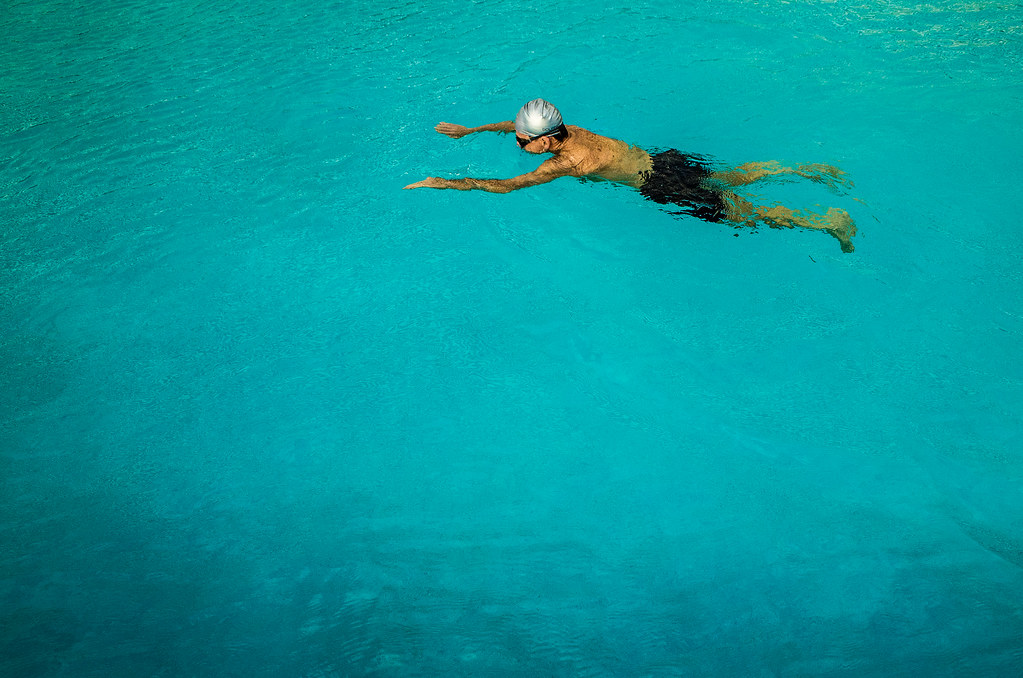 Heading down to the pool each morning around 6:30am became the way to start my day. It helped to relieve the stress of dealing with mother. Being around her dementia. Sundowning. Anger. Confusion. Mother, living a reality that was all her own. It was this trip that made it clear to me. She could no longer live on her own. We would have to find a place for her. Assisted living.